The big white turkey’s coming for me

A little gem today from trumpet-enriched, chorus-shy poetic popsters Animals That Swim, a bit of a “critic’s band” much beloved of the music press back in the 90s, but who never really broke through. In fact, this was their biggest hit, and even this only reached #198. I don’t know how many copies you had to sell to reach number 198 back in 1995, but it can’t have been many. The irony is, technically a five-track EP should have been disqualified from the charts anyway…

This EP came out a little while after their debut LP Workshy, and features an un-sweary re-recording of one of the album’s best songs, “Pink Carnations”, alongside four new tracks. “Del Fresco” and “Kandy Kars” are two of Del Crabtree’s synth-and-trumpet instrumental interludes, and are basically filler, but the other songs “Harry Dean” and “New Boots” are absolute corkers.

Workshy was reissued recently, but with the single version of “Pink Carnations” replacing the original album version. I still prefer the album version, so I’m offering it as a bonus track here.

Link: All six tracks as a zip file (no password) 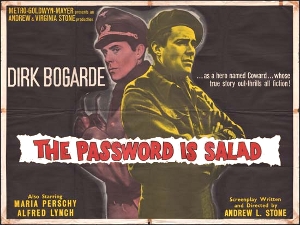